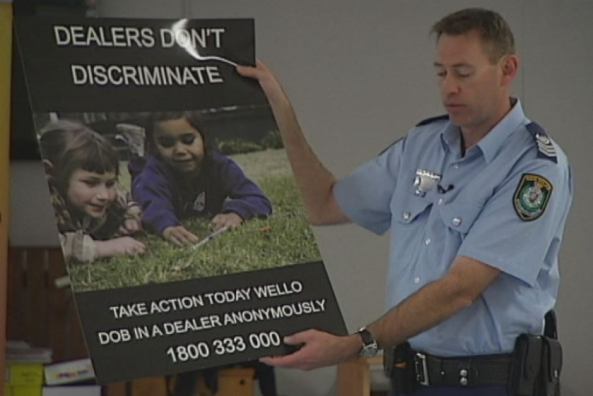 There is so much of the drug ice in the town of Wellington, in central NSW, that it has earned the unenviable nickname of “The South Pole”.

As the National Ice Taskforce hands down its interim report into the damage done by the drug, the ABC’s 7.30 program visited one of the places worst hit — the small town of 4,500 people, just five hours’ drive west of Sydney.

Locals said the drug was wreaking havoc on their community and they were determined to take matters into their own hands, including launching community campaigns urging residents to “dob in a dealer”, even though that means pointing the finger at friends, family or neighbours.

This week Sydney, the Taskforce members presented their interim report on the use and impacts of crystal methamphetamine (ice) on the Australian community to the Council of Australian Governments (COAG)…